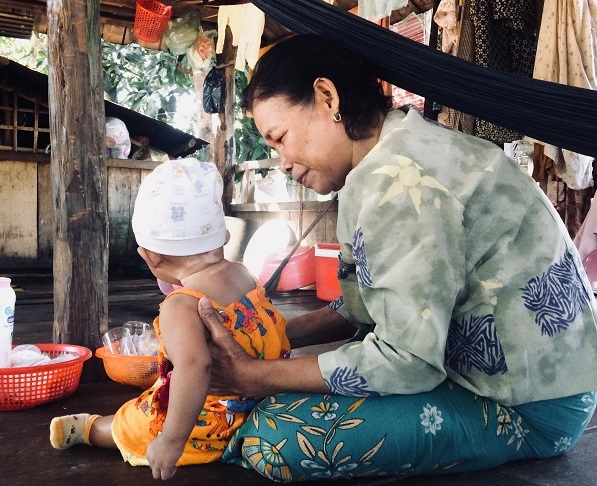 San* lives alone near Siem Reap in a little wooden house. She has a 40 year old daughter who lives in her own house nearby with her family. San seems to be known by all her village, and there’s a reason for it: she is the best and most devoted foster carer in town!

“I love children and want to help vulnerable kids. I live alone here and I’m not working so when I heard Friends was looking for short term foster families, I applied immediately”

After conducting several interviews with San, assessing her situation and checking her background, we decided to take her into our program.

With over six years’ experience as of now and having received extensive training on parenting techniques for children who have suffered trauma and neglect, she is excelling at providing a nurturing and loving environment for children. And that’s why we temporarily placed Sreypich* under her care.

While on the way to work one morning in the forests near the historic Angkor Wat temples, villagers heard a child crying. Following this noise, they found a baby on the forest ground. The infant was clearly new-born, left alone in the forest overnight right after the birth, exposed to the elements, in poor health and extremely distressed. 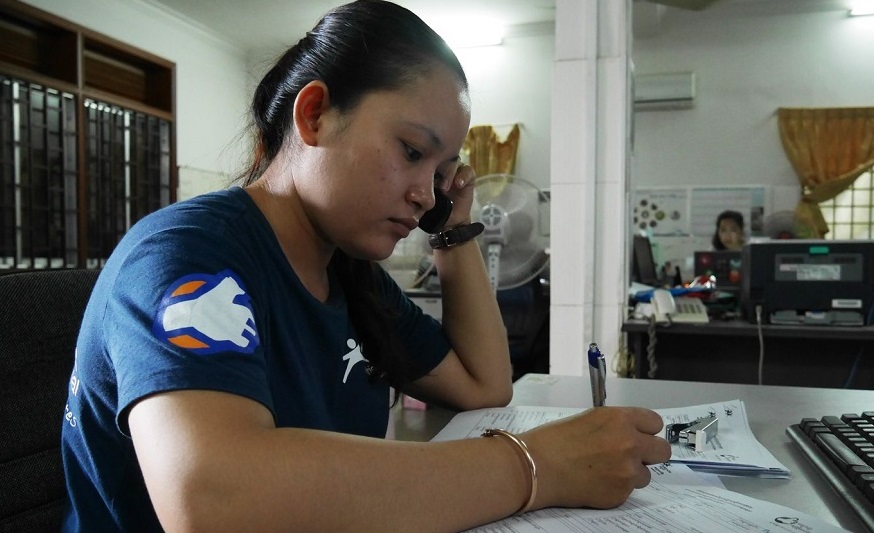 The villagers took her to local authorities, who called the ChildSafe Emergency Hotline (run by Friends) for guidance. Social workers advised that the child should be taken straight away to a local hospital. The dedicated and talented medical team provided her with life-saving treatment and achieved a complete turnaround in her health within two weeks. Over this time, one of the nurses giving her extensive care named her Sreypich.

Unfortunately, while in hospital Sreypich’s story was leaked on social media. Graphic images of her injuries were shared, violating her right to privacy. Dangerous accusations and threats were made online against her unknown mother, and there was heightened interest in who would care for her.

The people who found Sreypich stayed with her in the hospital. Many wealthy Cambodians who had seen the story on social media came to the hospital, asking Sreypich’s rescuers how much they needed to pay so they could adopt the child. They also started to pay these villagers a donation so they could visit Sreypich. When Sreypich recovered and was ready to leave hospital, the villagers demanded $10,000 from local authorities to give the child up.

Strongly against such practices close to human trafficking and following the strictest child protection policies, we firmly refused all enquiries about paying to adopt her.
Instead, we looked for a temporary foster family – and chose San to take care of her while more permanent options are sought.

Thanks to San’s good care, Sreypich has recovered quickly.

“I’m taking care of her wounds, I boil water every day to give her a warm shower, that’s good for the wounds. I’m bringing her to the hospital every month for a check-up. Every time, the nurse is giving me advice as well.” 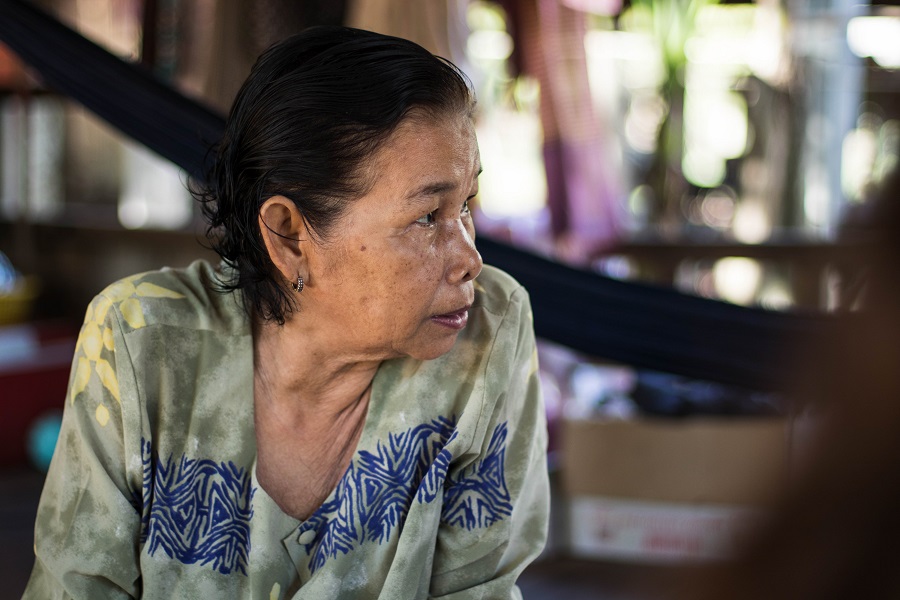 San’s eyes are full of love for Sreypich: “She is so cute. She is very active and smart, she likes to play a lot. I’m proud of her. My neighbors are saying she will be a very lucky girl.”

Sith, our Family Reintegration Coordinator, is following up very closely on her case, visiting San two to three times per month, to ensure Sreypich’s needs are met. “San is a very good foster mother. She has a lot of experience with children. We are visiting her and Sreypich several times a month to make sure everything is okay. Her story is incredible. There was 99% chance of her to die, but she survived. She’s a miracle.” 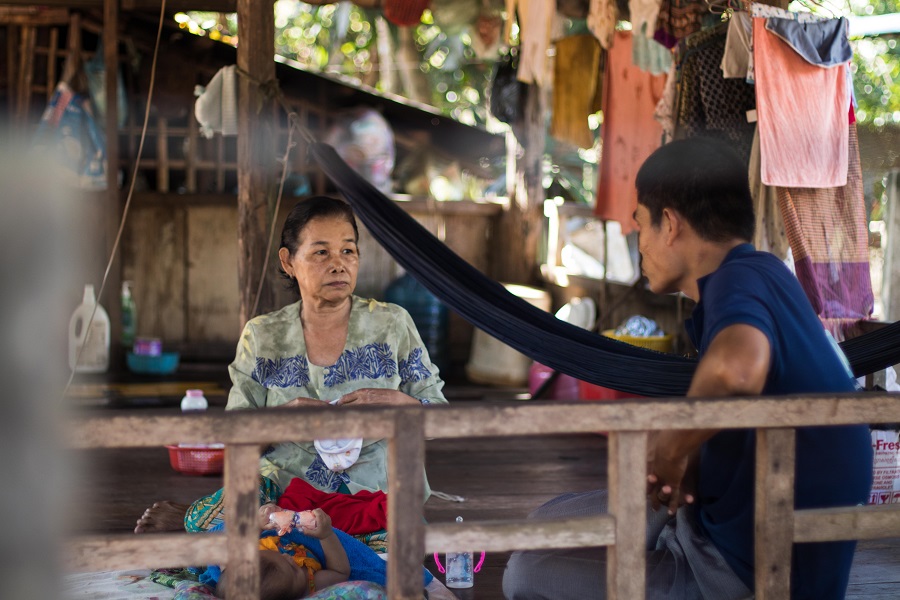 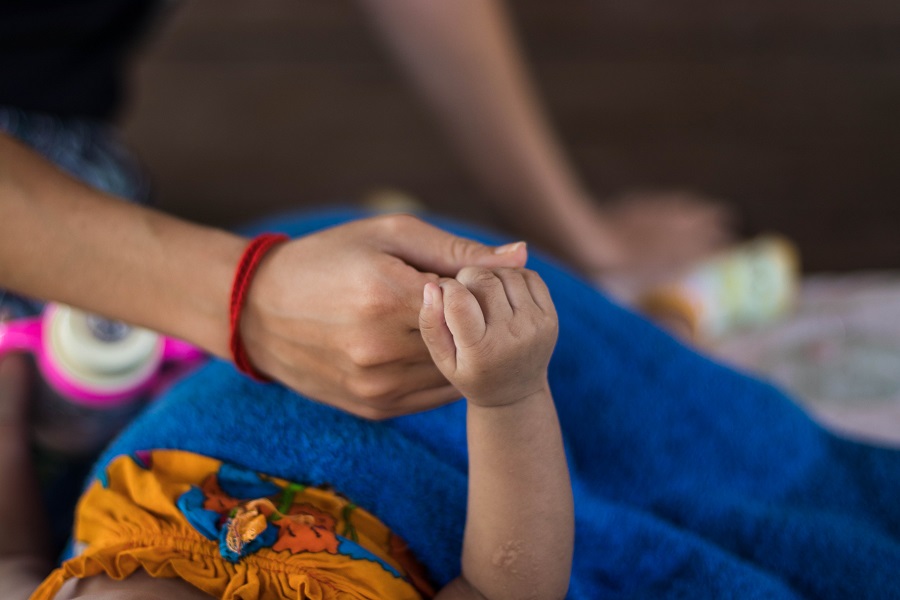 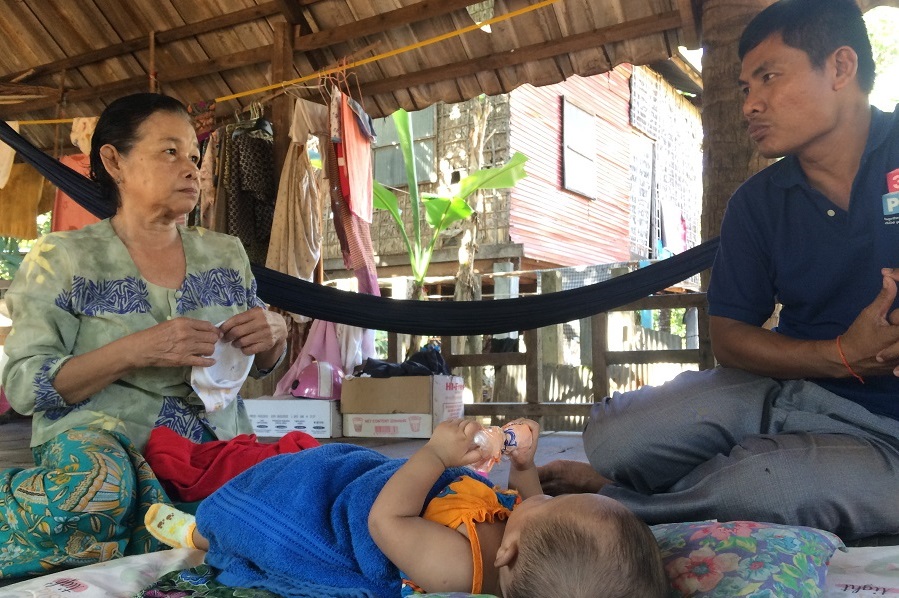 Now that Sreypich is in good hands, it’s time for our team to trace her biological mother and family, to understand more about this abandonment and assess the family’s needs in order to reintegrate Sreypich in her family.

In a country where the lack of social welfare measures and family support mechanisms has led to an increase of unregulated residential care facilities (orphanages), we strive to provide all children with love and affection that only a family can provide.

But only together can we have a big impact. Help us provide a loving home to a child in need.

This site uses Akismet to reduce spam. Learn how your comment data is processed.